The year 2017 was very “generous” with conferences about ColdFusion. If we take a look how many of them were, plus webinars and other online resources, we can say it’s the best so far. And to think that a year or two back, people were asking “is ColdFusion dead?” 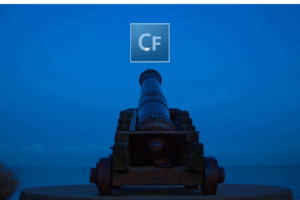 Muracon 2017 conference was held February 9 and 10 in downtown Sacramento, at the Sheraton Grand Hotel.

“MuraCon 2017 was focused on experiences – those of the Mura user and developer, and of the digital community at large – with a power-packed roster of presentations from industry-leading experts and prominent Mura CMS community members.”

The attendance was the highest ever, which made the organizers happy. It makes me happy as well! ColdFusion is Alive! 🙂

The Muracon 2018 is already announced and will be held on April 5-6 2018. See you there for the first time this year!

This conference took place in Washington DC, on Wednesday, April 19, 2017. The main topic was to learn how government agencies across the U.S. are leveraging Adobe ColdFusion to rapidly build and deploy web and mobile applications. This is a big thing for ColdFusion since there were a lot of debates about the security and cybersecurity of CFML. But hey, if the government is using it, shouldn’t that be ‘enough said’?

Anyway, we got to:

I believe this was the first time Rakshith Naresh talked about the CF Roadmap 2018.

This was the 4th year in a row that the ITB was held. It offered a lots of useful information and fantastic barbecue (I myself am not that big meat lover, but the people really enjoyed, and so did I hanging out with them). Organizers are the guys from OrtusSolutions, Brad, Gavin, Jorge and Luis.

It was in Houston, on Wed, Thurs, Friday April 26-28, 2017. And, it wasn’t just about Box CFML products – sessions on ColdFusion and development best practices and a place for CF developers that want to take their developer skills to another level and earn more. There were two simultaneous tracks per day plus some keynotes.

You can call this conference the Face of Modern ColdFusion Development

It’s about empowering CF developers to modernize themselves

My favourite part was about how to inspire CF developers.

And the famous Mexican hats at the end! 🙂

This is an annual programming conference originally hosted in Minneapolis, MN, with content geared toward mid-to-advanced-level developers. The conference is focused primarily on ColdFusion/CFML, but has grown with its audience over the years and now features talks on JavaScript – with a dedicated conference track affectionately known as js.Objective(), Java, Git, Groovy, the JVM, SQL, NoSQL and other related technologies as well.

This is noticeable right away since the name of the conference used to be Dev.Objective. cf.Objective definitely states that it is again more ColdFusion centered.

The conference session list typically includes topics by speakers from companies such as Google, Adobe, Mozilla, Netflix, and IBM.

I wasn’t able to attend it this year, but I interviewed most of the speakers for the CF Alive Podcast and followed it closely online.

We are also still waiting for this years NCDevCon and I know it will be a blast!

CFCamp in Munich was awesome. 150 people came, which is a record for the organizers, gallons of coffee drank, and an ice cream machine! 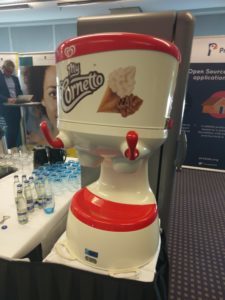 This was a 2-day full-on conference with 5 official coffee brakes, and with a great quiz at the end of day 1 with Mark Drew and Rob Dudley from Localhost Podcast. We have had a pleasure of listening 25 presentations with 20+ speakers. Very impressive. 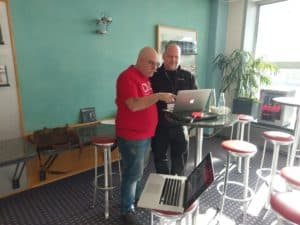 A general impression from everyone I’ve talked with is that it was an excellent organized show, with very interesting topics, covering ColdFusion, and also covering some interesting topics that are not completely CF-related. An example is a talk about IoT, by Dorian Schneltzer, and Cyber-Security seen by an IT-Manager.

Big thanks to Michael Hnat, the organizer of CFCamp! We hear that this venue might be too small for the next year, because it has reached its maximum capacity!

Big thanks to all the speakers and see you next year! Michi (Michael Hnat) is still keeping us in the dark about this year’s conference, but I have a feeling it will be awesome.

Wonderful experience at CFCamp in Munich (15+ useful resources and slides)

Intense two days of presentations, meetings, and networking at Las Vegas and all that under the Adobe hat. And an awesome pre-conference training.


This is basically a place to be if your a CFer. Or you’re connected to ColdFusion in any way. So many powerful developers, and smart people in one place. Just plain awesome. And a very powerful message again, that CF is very much alive!

ColdFusion Summit 2017 by Adobe Full Review and List of Presentations

Very interesting thing to follow this year was Ortus Developer Week 2017– FREE, Live Webinars For a Whole Week! Technically it is not a conference but a webinar, it still was very interesting to see and watch.

Sessions are covering software development and usage of any of our open source and commercial products. It is hosted by the Ortus Team and other developers from around the world.

Here are the speakers at the ODW2017:

All of the sessions were recorded and available for download, but it is always good to attend these webinars and ask a few questions and follow the general chat.

5 days, 15 Live Sessions. What a threat… I hope we will have some interesting stuff this year as well! Waiting for the guys from Ortus to see what they’re cooking.

The second webinar that was also organized by OrtusSolutions was ColdFusion Docker Containers Roadshow Webinar with Mark Drew.

These series were held throughout the September, every Friday at 11 AM CST. Topics covered anything you would need to build sustainable containerized ColdFusion applications using CommandBox, ColdBox, and ContentBox CMS technologies.

The guys at Ortus have pretty interesting topics to discuss. Here’s what Brad Wood said:

Docker has been the “next big thing” for a few years now and this has led to a lot of questions from ColdFusion developers and sys admins.

One very good thing is that you will also have access to recordings of each webinar, in case you missed it and/or want to watch it more than once. I know I did see it twice already!

That’s all for this year folks. 2018 here we come, two are already announced, and it’s a matter of days when the next one/s will be.

That's the only thing I can say. I am blown away by the amount of energy and enthusiasm I have seen both from Adobe people and from CFers.

In the last days of 2018, I am happily saying that ColdFusion is now more alive than ever. I will summarize sooo many great things from 2018 in just a few words, and go and prepare for 2019. I hear we're going to have even more exciting conferences and announcements than in 2018 (!). So, as I am finishing this one, I am rushing to find out everything about 2019. Talk soon!