When you start every software project hopes are high. You would meet all deadlines and exceed go beyond expectations. Users would get involved and be excited about the project, executives would be on board and see it fit into the company strategic plan. Communication would go smoothly and it would be clear what the real needs are. The CIO would come up smelling like roses, seen as the organization change maker. 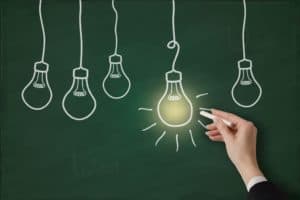 Unfortunately, it’s not like that far too often. After many months, even years, of late nights it finally kicks off, but end-users don’t want to use it. They find their way around it, and the software is seen as another obstacle made by the IT department. It’s depressing, you did all you could but they don’t want to adopt the software. It seems like as a waste of everyone’s time and of the company’s resources – this reflects badly on the project manager and the whole department. Someone has to take responsibility for that…

In this article you’ll learn:

HOW DO YOU END UP WITH SHELFWARE?

If you don’t get users involved early in the project, you risk ending up with shelfware -a project that is never actually used. It can still be put into action, but users will find a way around it. One way is doing things in the spreadsheet or on paper, another making requests verbally instead of using the new system. Why? Because they believe that it will just be a headache to use the new system.

Why did that happen?

Your ColdFusion developers did everything right and technologically correct, but they didn’t understand the real problem that the users had. Even if they did understand it, they couldn't get the users enrolled and wanting to change.

What can you do about this?

The first steps to avoiding a scenario like this are:

1) EXECUTIVE SUPPORT -THE MOST IMPORTANT FACTOR

“When asked to identify the biggest obstacle to success, participants in the same Best Practices study identified a lack of effective change sponsorship from senior leaders as their primary obstacle to success. Sponsors were inactive or invisible, not at the right level, not aligning other leaders around the change and wavering in their support. Ineffective sponsorship resulted in more resistance and slower progress toward realizing the organization’s desired results.”

Why is executive support so crucial?

Imagine you are working on a project and you cannot get decisions made or other departments are not eager to cooperate. Your ColdFusion project as an obstacle to their personal objectives and simply a waste of their time – all of this is going to push back the deadline and make people in the organization resistant to change. It will feel like nobody cares about the project and that it’s impossible to get anyone’s attention.

Worse, imagine the feedback you needed comes at the end of the project after you have already coded your application in a totally different way. In that case, that will cause cost overruns and, in the worst case, total project failure and cancellation!

Sometimes two departments don’t agree over data access or project control, and no one higher up steps in to solve the issue.This makes it faster along with all the resentment and passive resistance it creates.

To any successful project, it’s vital that you have an executive to motivate the troops, to use a stick when necessary and to break deadlocks.

There may be more than one executive sponsor for a project. Sometimes it’s the CEO, president, CFO or other top company executives that take on this role.Keep in mind that his or her responsibilities should consist of guidance and take a strong advisory role.

The sponsor can also help whenever the project manager encounters issues beyond his control. That’s why it’s crucial that the executive has the personal or positional power to resolve conflicts, cut across organization’s departments and levels.

It’s the project manager who devotes 100% of his time to the implementation – being an executive sponsor is not a full-time job. Still, it’s likely he or she will need to dedicate some extra time or go beyond their usual job responsibilities.

According to a survey of project managers, “Over 50% of participants reported that their sponsors did not have an adequate understanding of the role of a sponsor.”