This is the second part of

4 Best strategies to avoid mistakes in your ColdFusion projects

In case you missed the first part, you can read it here.

The IT department is often perceived by other departments as not being on the same side, not “one of them”. It’s already hard to get users to change to a new software – that attitude in the organization makes it even more difficult. That’s why the project needs a champion – someone who would be “one of us” and spread the enthusiasm about the software.This bridges the gap between the IT department and the rest of the organization. 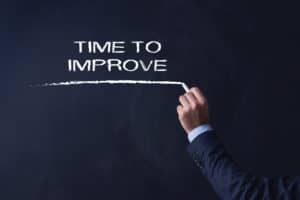 Very often an executive sponsor and a project champion are the same individual or individuals. The way to find one is very similar to finding the sponsor. If the software is being created, there is someone pushing to make it happen, you have to identify those people and get them on board.

It could be another executive not involved in the sponsor role or a power user. Either way, they should be passionate about the project and actively promote the vision in the organization.This can be either formal or informal (talking to people, writing about it, doing a presentation). Like the sponsor, they can give useful assistance if anything has to get dealt with on a political level.

More importantly, they may also provide early use cases for the application. If they are a power user, they will probably have a deep understanding of the problem area. They will also understand why it’s being addressed and what features should be implemented.

3) Get users involved from the beginning

It’s human nature to resist change. If a new software is launched, people don’t have the time and energy to switch to new processes and change their old behavior. As a result, no one wants to use the software and the project is regarded as a waste of everyone’s time and resources.

Users will frame it as “there’s too much work, it’s complicated, too many problems with the new software” and will always find a way around it. We have seen a system with extra security measures to protect sensitive data. Some users would keep their login details on yellow sticky notes, just because remembering another password is inconvenient. There might be training to use the software but then people will find a way to avoid attending it!

The purpose of getting user engagement is developing a relationship from the beginning, it’s not just getting facts from them! People will see the “why” behind the project and will grow into it as it’s being implemented.  They will see that their opinion is making a difference (if their feedback is actually being used).

Does talking to users take a lot of time away from actually doing the project?

No, but it also doesn’t make sense to have every member of the team involved with communicating with the users all the time. It’s all about creating the atmosphere of open communication. It’s about being clear on all expectations, questions on requirements, and testing results. It would cost a lot, but NOT to include users and produce something that doesn’t meet the actual needs and requirements.

The most important part of cooperation with users is the kick-off meeting. It’s crucial to take the time and define the roles, responsibilities and expectations – this lays a solid foundation for further steps.  Some companies are even going as far as taking their team and users out for a company trip, even for a couple of weeks.

How to get your users involved?

You have to use the “what’s in it for me” motivation to promote the desire to change. If a user can easily answer that question in his head and see the executive support – they will realize how important this is. Also, build a positive atmosphere around the new software – “it can be hard at first, and it’s totally ok”.

Individual users, small and medium businesses, and even corporations themselves are switching from traditional perpetual software license to subscription model license.

If you don’t like or understand the software, its training, usability, or functionalities, you simply stop using it and stop paying – it’s the new standard.

Why the focus on the external user is great when software is built, but the internal users often get neglected? Maybe it’s the familiarity – the IT department may feel like they know the user or can focus less on them for some reason.As a result, most internal applications don’t deliver training to the internal users or provide an onboarding experience!

Just because the users are locked in and cannot unsubscribe, it doesn’t mean they should be taken for granted. Just the opposite! They are part of your organization and you will be working with them for a long time. The software might be difficult to use and take time to grasp. Then they will keep thinking about the IT department as a utility or even an obstacle, not as an integral part of the organization. Get people involved and treat them as if they are a customer who can unsubscribe any time.

WHAT TO START WITH?

Involve users in the early stage of a project by doing prototyping and user interface reviews. Get their feedback and take is seriously.  You can go as far as videoing people using the prototype to see where they get confused. You can also see how many clicks they do to complete key operations; then alter the application to make it easier to use. In practice, it’s much easier than it sounds.

For each iteration you need no more than 5 people. According to a respected study, usability tests performed on 5 people will help detect over 80% of problems. It also makes more sense to do 3 tests with 5 people at different stages than one big test with 15 people at one stage. (https://www.nngroup.com/articles/why-you-only-need-to-test-with-5-users/)

At a later stage, do some kind of A/B test. That is where you have two versions of a key page and then see how people respond to each one. See what the click through rates and the perceived ease-of-use are. Then adjust the page layout and functionality to improve the user experience or actions.

At the end, provide the onboarding and training- in person, a video-training or a webinar. The usability tests will reveal the most common question, which can be answered in a FAQ section.

You cannot just create software separate from people. It’s tempting to take on the technological challenge and start implementing. But there is a significant risk of project failure if you don’t build a relationship with end-users from the beginning and get some kind of executive support and a champion promoting the vision in the organization. The risk is that the project will end up as shelfware.

What are your weak links in this part of your ColdFusion project? Leave a comment and let's discuss it.