Scott is one of the speakers of the upcoming Into The Box ColdFusion Conference, where he will talk about Managing an international team, Git, CFML, Node, Joomla, headaches and heartaches.

In his ITB talk, Scott shares how source control is the cornerstone of any substantial codebase, but managing incoming changes and getting them out the door can be complicated, time-consuming, and frustrating.

“You know developers are so anxious to get started on things and they just jump right in and sometimes Source Control is seen as a second-rate thing and, but I gotta tell you it's just crazy not to use it. It is absolutely critical. Even for a one-man show to have things in source control, to have a good history of what you've done, and to have those backups and the possibility to deploy in an automated way. I just can't imagine not having source control on every single project that I work on.” – Scott Coldwell 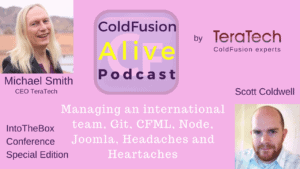 Source control is the cornerstone of any substantial codebase, but managing incoming changes and getting them out the door can be complicated, time-consuming, and frustrating. In git, where branching is a first-class operation, we'll look at tried-and-true strategies to manage code changes, and see how those strategies align with business processes and release cycles.

Working with one team is tough enough, but with multiple teams, in multiple time zones, countries, different programming languages, cfml, php and node things get even more complex. I have worked in this environment, working through some tough lessons, and learning a lot on the way.

Join me as I tell you a few stories, and give you some strategies for dealing with your project, no matter how small, or big and complex it is.

Scott is a developer and sysadmin at Computer Know How and has been building the web since 2006. He loves elegant, simple solutions and helping others achieve the same. 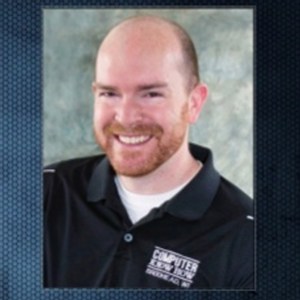 Michael:               Welcome back to the show. I'm here with Scott Caldwell from Computer Know How and he is going to be talking about managing an international team using Git, ColdFusion, Node, Joomla, and all the headaches and heartaches he went through on a big project. So we're gonna look at how he used source control. In particular, Git and why that's critical for all ColdFusion developers.

How to best manage lots of incoming changes by Git, and keeping aligned with your business process and release cycle at the same time. Lessons from the trenches on working with multiple teams, in multiple time zones, in multiple countries and multiple programming languages. I can see where the headache and heartache part came in in this talk. And avoiding deployment day disasters and project management war stories. So, welcome Scott.

Michael:               Yeah, great to have you on. So I know in our recent state of the union ColdFusion survey, not everyone uses source control. Maybe about 20% of people who took the survey don't use it, and of course we all know that only the most engaged developers take online surveys 'cause they see them in forums or what have you, so I've [crosstalk 00:01:14] gotta guess that it easily could be that 50% of program developers out in the wild don't use source control. So why in your opinion is that critical that they use it.