Kai Koenig and Mitchi Hnat talk about “CF Camp 2019 (Everything CFML)” in this episode of the CF Alive Podcast, with host Michaela Light.

“…So there's an interesting German saying basically that is basically in German it's called like, Ooh, in telecom shown, so literally means efficient later. It means something like you have to look beyond the area of your plate. So you need to look at other things to be, to keep up to date and to get inspiration and to learn supplementary technologies. And you can't just really stick with one technology and one platform nowadays from, from all point of view. And that makes it's common sense, right? Like even if you are like a core web developer using on the back end at some point it's quite likely that you will need to do some javascript coding for example. ”

What is CF Camp?

What do you get in the ticket?

How many CFers come?

What topics are covered?

Who are the sponsors

Kai works as a Software Solutions Architect for Ventego Creative in Wellington, New Zealand, which he co-founded with two partners.

Kai's work comprises a mix of consulting, training, mentoring and actual development work using a range of technologies, common themes being Java, Android, Kotlin, Flutter, CFML, JavaScript etc. He is well versed in Java and some other JVM-based languages like Clojure or Groovy and recently (re-)discovered the pleasure of writing software in Python and Go. Kotlin and Dart are his newest language loves though.

Other stuff Kai occasionally does: Writes for magazines, produces a Podcast (2 Developers Down Under) with his friend Mark Mandel from Melbourne/San Francisco and since 2007 fly small, single-engine airplanes around New Zealand and sometimes Australia. 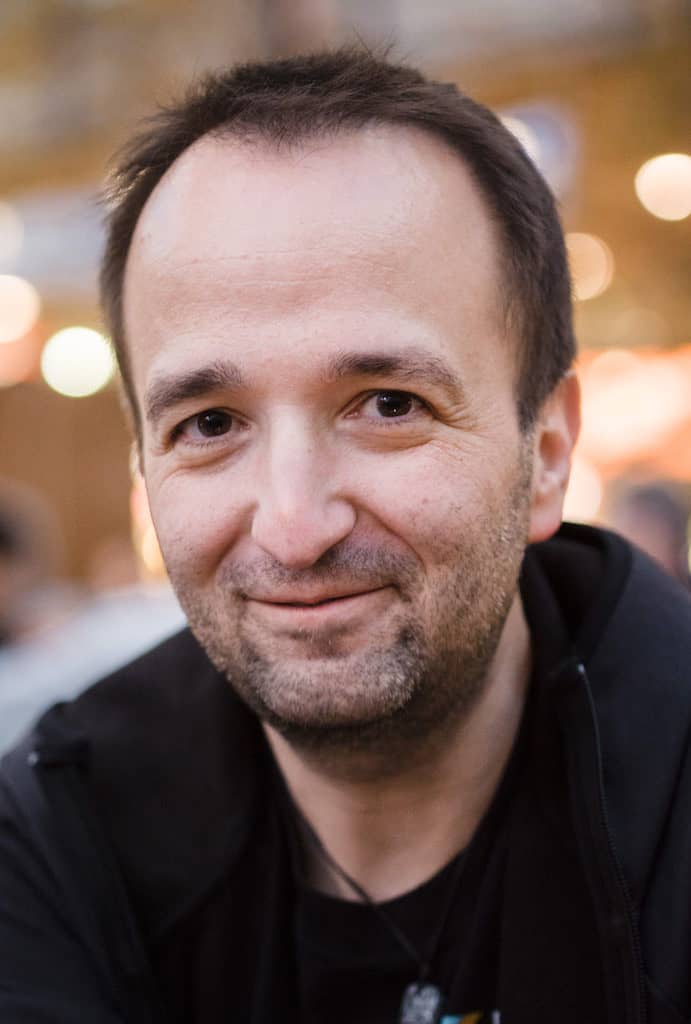 Michael Hnat
Michael is developing CFML application for more than 15 years and installed his first ColdFusion Server (4.0) from floppy discs (can be seen in several museums). He developed applications for several customers using different Framworks and techniques.
He has been organizing the CFCamp for nine years meanwhile.
In his free time he's playing ice hockey.

Speaker 1:                           00:01                     Welcome back to the show. I'm here with Kai Koeneke and Michi hat and we're going to talk about everything, CF cam. So it's the amazing CFML conference in Europe coming up in October. And we're going to look at where it is, some history on it and what does it cover and all the exciting speakers and topics. So let's get going. So welcome guys. Hi, welcome. So those people who, who haven't come across CF camp, which is hard to believe because it's been going for years now, how many years has it been going? Meanwhile we have the 10 year anniversary. Wow. Um, yeah, it's, it's, I'm already really long time. Are you doing something special for the 10 year anniversary or oh, well, um, we did all the years and I figure we'll be a again, no, you're really good at great show. Uh, what we are, uh, happy to have for this year again is the famous, uh, cold Marsters in the evening, which is so old.

Speaker 1:                           01:05                     Always a fantastic show. And this year we really have a fantastic lineup of speakers and talks. So we'll be really, again, a fantastic event, I guess. Well that's great. So basically CF camp is a cold fusion conference. You know, originally focused on, Lucy now covers Adobe ColdFusion as well. Is that right? Or have I misunderstood what it is? So, um, it started, it started with the idea of bringing a conference to Europe. And, uh, we first talked to Lucy about that. Um, this was, oh yeah, 10 years ago. And we realized that, um, it's not about Lucy, it's about really CFML. And this includes, uh, Adobe, which means for the first year, uh, we, I think we haven't had Adobe as a sponsor for this conference. This was a one day event with, um, I think about 30 or 40 people. And from the next year on, um, Toby and Lucy has been a part of the sea CF camp.

Speaker 2:                           03:00                     yes. Um, and I mean we don't really have any actual numbers because obviously, um, Adobe is not providing specific information on how many licenses they sell in various regions or at all. But from a pure community observation point of view, anecdotally I would say Lucy is very popular in the German market in the UK, in central Europe in general. I would also say Lucy is more prevalent in Australia, New Zealand than Adobe ColdFusion. Um, and to me it seems like that in the u s it's more or less vice versa. It seems to me that in the u s cold fusion is used by a lot of large companies, corporates, fortune 500 us federal government, et Cetera, et cetera. So that seems to be one of the focus areas where Adobe ColdFusion is much bigger than Lucy. And for whatever reason, Lucy apparently never took off that much. In the u s market, I think. Well, it's interesting. So speaking of Lucien and Adobe ColdFusion, how does CF cam compared to the Adobe CF summit that's happening just a few weeks earlier?

Speaker 3:                           04:20                     Um, the main difference between CF summit and a CF campus that I think we have, um, uh, why not spread kind of of, of talks and, and techniques. So while see summit is focusing on, um, fewer CFML stuff and things about code box and how do we program and what is new when, uh, the latest Adobe version and so on. We are trying to cover other things too. So for example, we have talks about um, developing, um, android applications about security, about UI and UX, um, and stuff like this. So I think it's more for the developers itself, um, in a way of getting information and um, about, okay, what's, what's this around CFML and what can I use for specific things?