I am not talking about literal bad smell from your computer! I mean is there something “off” about it. Not a bug, but poor design or architecture weakness that will make maintenance a bear? 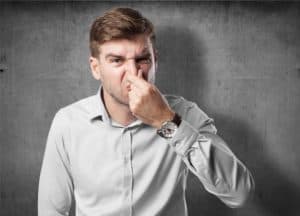 Holding you nose when maintaining your code?

Defn: Code smell is any symptom in your source code that may indicate a deeper problem in your system. Just like if you open your fridge door and the smell is bad that is a sign that some of your food is rotting.

Code smells are (usually) not bugs — they are not broken code and don’t stop the program from run correctly. They are weaknesses in design that may slow down maintenance. Or may up your risk of future bugs and system failures.  Bad code smell is a sign that you have serious technical debt!

What to do? Start refactoring in small steps to eliminate obvious bad smells; checking that the code still functions correctly at each stage. This will often uncover other worse smells deeper in the design.

Think of it like updating an old house – you rip off some bad drywall only to uncover decrepit electrical wiring underneath.

For example, You might start refactoring out duplicate code only to discover that the database design is bad too.

Code smells indicate when to refactor, and what to do to fix it.

Where bad code smells come from

Some surprising results in an IEEE software study of 500,000 code commits in 200 open source software projects found that:

What do to have better smelling maintenance? Increased code review when the project is stressed! 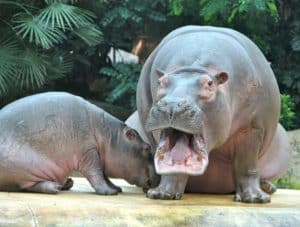 Have your lead developer pick a “smell of the week” Then ask all developers to look for it during their regular work this week. They may fix the issue themselves or bring it back to you. As you go through the above smell list will gradually teach your team to be better developers.

PS What was the ‘worst' smell in your ColdFusion code last year? Leave a comment bellow.