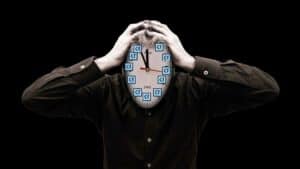 Perhaps you’ve already seen it in some of your developers: the bleary-eyed stare of a tech maestro feeling less like Steve Jobs and more like the Bible’s Job, a punching back for the Lord. There’s a technical term for it, one I’m encountering more and more often among friends, colleagues, and clients. It’s called burnout, and it may be hampering you, your team, and your career.

But the biggest problem? It’s so insidious, we hardly notice it’s happening until it’s too late.  And for good reason. It’s been a taboo topic for so long.

We’re all guilty of pushing ourselves or our employees further, only to see them breakdown in spectacular ways.

Some suddenly quit. Others withdraw from the workspace while their output plummets. I’ve seen some people leave their field to pursue another career altogether. There are a few instances where people explode in a fit of rage.

Hey, we’ve all been there.

Too often, we chalk it up to a lack of mettle in the suffering employee, instead of wondering if the environment and demands of the job are to blame.

You’re not alone in making these mistakes. That’s the good news — if you want to call it that. The bad news is you’ll have to make some significant and seemingly-contradictory changes to your own work tempo and the general office environment to treat burnout and prevent it in the future.

Let’s finally take this mysterious ailment seriously, and explore it from top to bottom. We’ll discuss:

Let’s try to not burnout in the process.

Take a look around

Let me take a stab at describing “The Workplace of Your Dreams” versus “The Workplace You Actually Inhabit.”
Your Dream Workplace pulsates positive energy that courses through every square foot of floor space. The lightbulbs shine real sunlight, and the chatter at desks suggests minds that treat their work like play. “Productivity” is self-evident, and thus never measured. Employees effortlessly spring from one completed task to the other, taking reasonable breaks to chat with colleagues and recharge. It’s a team, and a championship one at that.
Your actual workplace likely has the low-humming energy of a refrigerator, with bursts of exuberance poking out of random spots throughout the workday. The fluorescent light bulbs buzz with the cold blue hue of a hospital waiting room. There’s no office chatter, spare a wayward sneeze. “Productivity” is not only measured but used to brow-beat employees into constant striving. “How can we work better?” is the subject of frequent, dull meetings. Employees feel largely overwhelmed, barely finishing one task before another begins. Deadlines roll at them like a combine harvester. They’re a group of individuals, sharing a space for eight to ten hours a day before they run home.

Ok, maybe it’s not that bad. Still, I’ve visited many more clients whose workplaces resemble the latter and not the former.
Any elements I’ve listed on their own can be a huge damper on morale and productivity. Put together, and they’re a perfect formula for burnout. And it’s more endemic than many of us think!
I conducted a poll in a ColdFusion group on Facebook, asking “Which health issues do programmers have the most?” The results surprised me.

Stress was the number one health issue programmers pointed to, followed by physical ailments like back and neck problems. The sorts of things one would expect a group of people married to their desks and keyboards to list.

But taken in the aggregate, the ailments all point to burnout — either already prevalent or on its way.

Loss of sleep and anxiety also ranked high up in the poll. The psychological toll of working as a developer, especially in a demanding environment, can add up over the long term.

These problems aren’t banal, either. Check out my interview with Jeffrey Kunkel, which opened my eyes to General Anxiety Disorder to understand the true ramifications of long-term stress on the human psyche and body.

Take a look around the office. How does everyone seem? Good? Generally ok, huh? (Spare the oft-grumpy employees who seem to lack social tact and energy).

Not to cause a panic, but things may not be as peachy as they seem. In fact, if you’ve been running your team without a keen awareness of potential burnout, you could be already sowing the seeds which turn into full-blown burnout.

Burnout triggers a myriad of physical and psychological health problems, which can be very hard to diagnose by themselves. But they can be prevalent in less-noticeable ways, and when taken in the aggregate make burnout the clear cause.

Be on the lookout. If you or your employees experience several of these health issues chronically, it may be a sign of burnout:

All of these “symptoms” of burnout taken on their own do not necessarily portend burnout. But if they happen frequently, or very intensely for a prolonged period of time, you, your colleague, or even your whole department may be suffering the effects of collective burnout.

The modern work environment seems designed to squeeze every last drop of productivity from employees. It makes sense if you think about it. Employees, like any other investment, must generate a specific return in order for them to be worthwhile.

Yet what if we’re not actually maximizing our return? Burnout suggests we’re preventing peak performance by treating ourselves and our colleagues like machines.

There are many work-related tactics and common practices that, taken by themselves, seem well-intentioned and designed to induce high-performance. But piled together and dragged out over a long period, they can spell trouble and create prolonged stress. Sustained stress can then induce the symptoms we listed above.

Treat the following like a checklist. How guilty are you or your company of any of the following? How often do they occur?

These practices all by themselves are enough to create a stressful situation at the office and at home. But put together and repeated over time, these practices can induce burnout on a grand scale, not just among some developers but all of them.

WWIT to deal with burnout

If any of the above lists seem to apply to you or your team, you may be facing a case of burnout.

There are a few simple steps you can take to first stop the burnout from developing into total despondency.

Just be aware — this process takes time, and won’t always show immediate results. That doesn’t mean you should avoid them altogether.

Burnout is, unfortunately, a byproduct of company and office culture, as well as a lack of organization. Too often, acknowledging its existence is treated as a weakness — or an admission of defeat.

Our historic corporate hierarchies and mentalities, harkening back to the days of assembly lines and factory jobs, make it difficult to fathom “burnout” as a construct. Henry Ford managed to find employees who dutifully slap bumpers onto Model T’s for hours on end. Did they suffer from burnout?

An employee stamping out widgets isn’t as burdened as one trying to solve complex problems. Which is all to say: if your employees seem to be burnt to a crisp, they most definitely are.

But don’t fret, there are a few simple, easy-to-follow tricks one can deploy to prevent burnout and keep employees coming to work refreshed and ready to contribute.

Be a more human — and humane — employer

Once, a client called fretting over a proposed app that his team couldn’t complete for some reason. After reviewing the project, we concluded his IT department lacked the time and resources to pull off such a plan. Our message to him was simple: don’t doom your team to failure.

Ask yourself “What are we trying to accomplish with this project? “Moonshot” projects are usually taken on in a state of panic, either to meet some lofty ambitions or short deadlines. They are, by their nature, unrealistic. Over the long term, they only damage your programmers’ confidence and hurt your company’s image.

Usually, on-the-ground employees have a better handle on the feasibility of a project, but management doesn’t want to hear it and in fact, chastises employees who speak up.

Have a “digital detox” plan — at work.

I know this may sound counterintuitive, but bring out the board games and host a pizza party. Do this as often as you need. It does wonders for morale and can help your team reset.

Also, use these moments as a chance to communicate with your workers. Make sure they know they have control and agency over their own schedule.

There’s one key facet of burnout that's overlooked: the boss.

If you think you may be suffering from burnout, intervene immediately. The sooner you catch burnout before it occurs, the easier it is to fix:

Try to attach those “me days” to holidays or weekends, so you can stretch out your free time. Once you feel the effects of burnout wearing off, set up the foundations for a different mentality and lifestyle that’ll prevent it from reappearing.

Here are a few steps you can take:

There’s a fine line between peak productivity and a crushing burnout among staff that nixes all momentum and snuffs out morale. Your goal, as “The Boss” but also as an employee, remains to keep your workforce as productive as possible without turning your workers into people who hate their jobs.