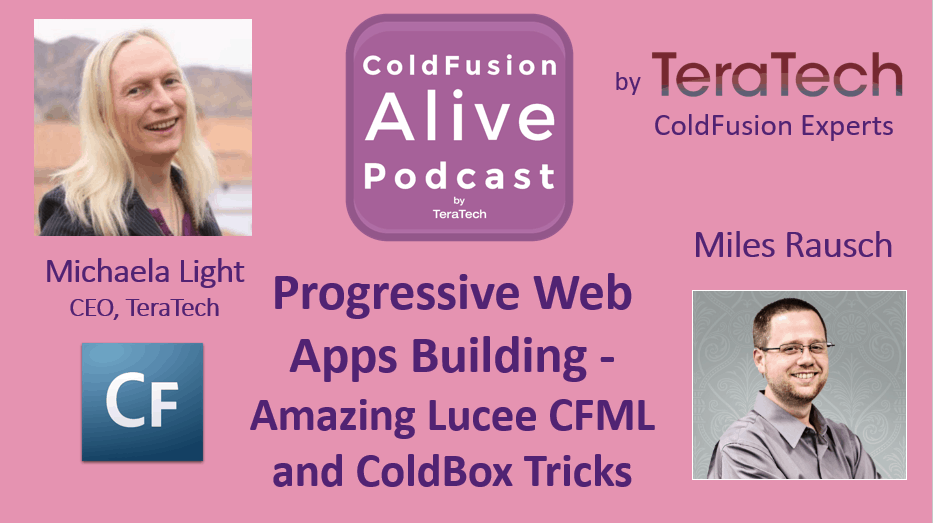 Progressive Web Apps are more than just a UI fad, like parallax or scroll-triggered animations. PWAs are quickly becoming the best practice for creating reliable, fast and engaging user experiences. Like progressive enhancement, which treated JavaScript as an optional enhancement for a website, progressive web apps treat the network itself as an optional enhancement. By treating the network as untrustworthy, developers are forced to create better web apps that capitalize on modern browser features when they exist and fallback to traditional client-server communication when they don't.

This talk builds the most cutting-edge client technologies upon the solid foundations of ColdBox, giving CFML developers a helpful path into the future. Google has been a strong supporter and proponent of PWAs and the Offline First movement, but their examples and toolkits make too many or too few assumptions about the reader's server technology. This talk will use ColdBox and Lucee (through CommandBox) as the server language, allowing CFML developers to wrap their heads about this new movement and hopefully incorporate its philosophy and techniques into their existing and upcoming projects.

He is a writer for people, and a writer for computers. He believes that he is destined to spend his time at a keyboard.

During his work time, he develops for both server (in CFML using the Lucee engine) and client (where he tries to be unobtrusive, semantic and responsibly future-facing). At the same time, Miles have been having a flirty affair with Node.js and React.

In his personal time, he writes short stories and novels. Fiction is as strong a passion for Miles as programming, and he has published in some online publications and some print magazines.

Miles is self-motivated and self-disciplined. His goal with every project is producing the best product for the end user. He tries to achieve this by writing his own code, adhering to HTML standards and best practices, and constantly and tirelessly learning and growing my craft. 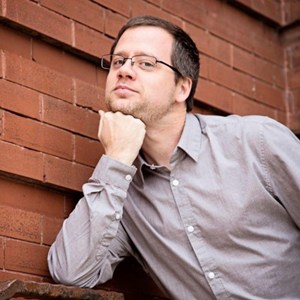 Learn more about Miles Rausch at:

Michaela:        Welcome back to the show. I'm here with Miles Rausch and that name is somewhat dramatic or Luxembourg and we'll talk about that in the moment but Miles is talking of CF objective on Progressive Web App building and he's doing it using Lucee, CFML, and Coal box and a bit of Command box and we'll talk about that in the episode. But we'll look at what a Progressive Web app is and why you want to be doing that with your apps. And why you shouldn't be trust in your client's network connection to be always on. And who's leading the charge in this Progressive Web App Movement. And who's a bit left behind and how it relates the offline burst and he said online there is offline burst movement that Google has championed over the years. So welcome Miles.

Miles:              Well if you are a fan or user of Google products chances are you come across at least one or more of their Progressive Web Apps. What a Progressive Web App loosely is, is a set of web technologies designed to give users more of a Native Application Experience. You know we get this promise when the iPhone came out from Steve Jobs who said that they would need an app store because your websites would be your apps and Apple kind of failed to deliver on that promise at that moment.

But now others and especially Google have taken up the mantle of how do we give users the experience that they've really come to expect and enjoy using native apps but do it in open way by getting Developers, Browser manufacturers and Standards bodies to kind of agree on some technologies that can be created out in the open to deliver on those promises. So it kind of combines things like, caching an offline first experience that caches content for you.