Kishore Balakrishnan talks about “All about the Adobe CF Summit East 2018 ColdFusion” in this episode of the CF Alive Podcast, with host Michaela Light.

Kishore Balakrishnan is a Senior Product Marketing Manager at Adobe Systems with a Master Degree in Computer Applications. At Adobe he has held roles of a Quality Manager, Program Manager before becoming the Product Marketing Manager. He enjoys being the ‘voice of the customer' within the organization, liaise with sales team to facilitate the selling process and clearly communicate the why, what and when to the marketplace for CF. He lives in Bangalore with his wife and kid. Kishore loves his long runs and cooking. 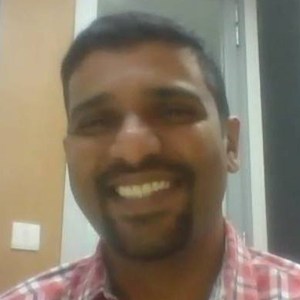 Michaela:          Welcome back to the show. Today, we're looking to talk about the Adobe C.F. Summit East. And I'm here with Kishore Balakrishnan. And we're gonna learn all about this band it's in its fourth year as a lot of exciting changes. So if you haven't heard of the CF Summit East, we're gonna learn what that is, and why all ColdFusion developers on the East Coast see if they can get there. And we also will reveal who the speakers and topics are this year, and the location, and also what is new with the event. And we'll also talk about Kishore’s background. You may not know this; he's the senior marketing manager for ColdFusion Adobe. But he also programs in ColdFusion. So we'll talk about his background later in the show. So welcome Kishore.

Michael:          So… oh great! Yeah I mean we did over 50 episodes last year, and planning to do a similar number this year. So people may not have being, or heard of C.F. Summit East. What exactly is it?

Kishore:           So this started couple of three years back when the ColdFusion Summit that we have was in Vegas was in it's second day of… that's been we came to know that lot of people from the East Coast, they're not able to travel to our main event in Vegas. One because some of them are not able to travel down south other things were like they were not allowed to travel to Vegas. So what we did was we started having this event in D.C. This is a third year that we’re having this event in. D.C. Last year we had around 100 attendees coming for the event, and the attendance kept on increasing.