Bret Fisher talks about “The Docker Revolution for Faster ColdFusion Development (and Easier DevOps)” in this episode of the CF Alive Podcast, with host Michaela Light.

How Docker is Changing IT

Docker containers are a 5-year old project that has revolutionized much of how we build, ship, and run software. Bret will highlight the far-reaching effects of this pivotal technology and how it's blazing a trail for the future of app development and deployment.

This fast-paced hands-on workshop will take you from Docker 101 to an understanding of how to use Docker Compose for easy local Mura development. You'll learn which Docker edition is right for you and your laptop OS, and get it working in the workshop (if you don't already have it). Bret will teach you some basic “daily docker commands” for working with software on your machine. You'll get plenty of background on the “what, why, and how” on Docker for development while getting your hands dirty running and managing containers.

Bret and Eddie will take you through many of the factors that will help you be successful in creating a production-ready Docker server cluster, including Docker best practices and Docker Swarm infrastructure templates. They'll show off some example configurations specific to Mura, as well as complementary solutions that will be necessary for production. You'll take away some key benefits for choosing to deploy Mura on the Docker toolset.

For 25 years Bret has built and operated distributed systems as a Sysadmin and helped over 30,000 people learn dev and ops topics. He is a Docker Captain, the author of the wildly popular Docker Mastery series on Udemy, and also provides DevOps style consulting and live workshops with a focus on immutable infrastructures, containers, and orchestration. Bret's an occasional shell and web, and JavaScript developer. He spends his free time in Virginia's local, thriving tech scene helping lead local Code for America and Docker Meetups. Bret basically spends his days helping people, and giving high fives. He lives at the beach, writes at bretfisher.com, prefers dogs over cats, and tweets at @bretfisher 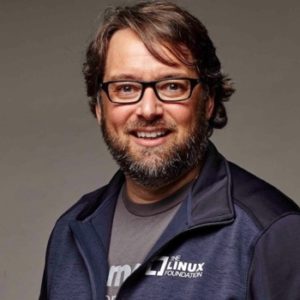 Michaela:        Welcome back to the show. And today, we're going to look at the Docker revolution for faster ColdFusion and easier devops with Bret Fisher. And we're going to look at the revolution in how we build ship and run software using Docker containerization. And some of the key [inaudible] [00:18] benefits of choosing Docker to deploy your ColdFusion apps. And Bret is going to be speaking at Miracon in a few weeks. So in particular, we’ll focus on the Miracon CMS that's written in ColdFusion. But all that stuff applies to any ColdFusion app. And we'll look at some of the downsides of ColdFusion. We’ll look at the your dev stage of production pipeline, how you might set up your local dev environment with Docker Best, and some of the tools you can use.

We’ll mention Docker Compose and we’ll have a talk about some of the basic daily Docker commands that would be really good to know. So lot more things coming up in this episode. We'll see what we can fit in here because if you don't know, Bret is a Docker captain and he is author of one of the most popular Udemy courses on Docker, and has some great YouTube videos on setting yourself up in Docker. So he's a real Docker expert and he loves to give high fives to people. And he's speaking at about 12 conferences including Miracon in the next three months. So welcome Bret.

Michaela:        Excellent! So tell us a bit about the Docker revolution in building and deploying and running software?