Brian Cain talks about “ColdFusion vs PHP vs Java vs .Net (which is a better friend)” in this episode of the CF Alive Podcast, with host Michaela Light. 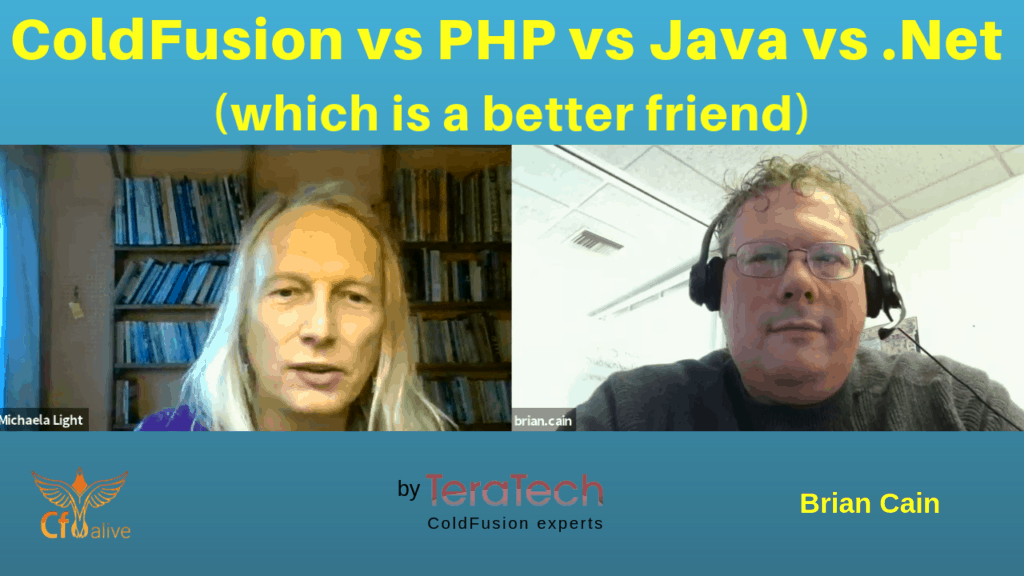 Michaela Light 0:00
Welcome back to the show. I'm here with Brian Cain. And we're gonna be talking about cold fusion versus PHP versus Java versus.net. It's like a super boxing kind of for way thing. And we're asking, which is your better friend as a developer, and we'll be looking at several topics, their speed of development, object orientation, how many add ons there are, and that L Word legacy development platforms. So we might even talk about security features for platforms. And if you don't know, Brian, you've probably seen him at some of the confusion conferences around he's been in the cold fusion world decades, and he's been developing for 20 years, been doing cold fusion for 16 years. And he's the deputy manager for careers division of bombs calm. So welcome. Brian

Michaela Light 0:52
Yeah, so let's just start off with speed of development. Because, you know, that's often critical in organizations these days, how do these four languages compare? Because you've programmed in all of them, right?

Brian Cain 1:06
I yeah, I have it as far as the, the speed of development, you know,

ColdFusion is, has always been the by far the fastest and easiest one to use for me, in fact, that the last day of summer, one of the keynote speakers

kind of threw out a buzz phrase that really stuck with me, but he talked about time of thought to launch. So it was the idea of, okay, somebody comes up with an idea, how long does it actually take for you to take that thought, and turn it into an actual feature or function on your website, and your customers can be in their case, they actually turned it around, I think their case was, was about 10 to 12 hours, which was, was actually very cool, had a similar experience,

probably about seven, six or seven years ago, one of the features on

one of the, our company ones, job board software, where employers can go post jobs and job seekers search them, we also have a

talent database, essentially that employers can go in and search and at the time, the database in the developed by another person who had left the company a few months before I started working with this team. And he did it in.net using MVC framework and it was really kind of

very overly engineered for the needs of that specific application. And it never worked the way they wanted it to win, it required constant restart of the application pool generated, just lots and lots of errors was really slow.

Brian has been developing for 20 years, 16 of them in ColdFusion. Dev Team manager for Careers division of Farms.com 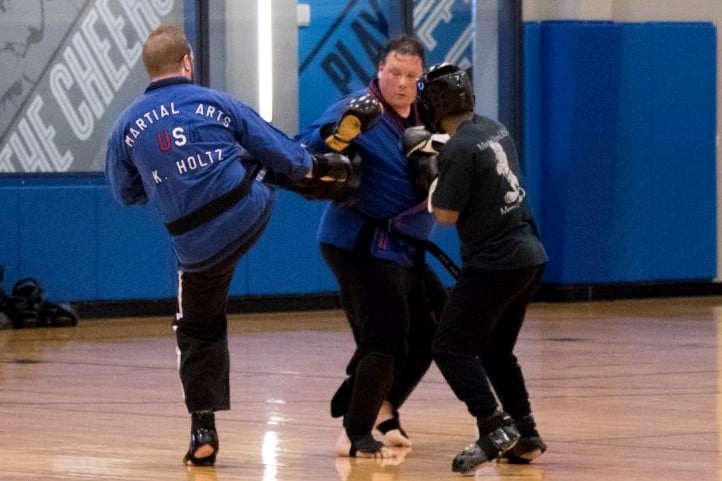