Mike Brunt talks about “ColdFusion and the Blockchain Revolution” in this episode of the CF Alive Podcast, with host Michaela Light.

Mike Brunt was born in Northern England in 1948.  It was a time of austerity for the British people who had rationing in place due to the effects of the Second World War.  He pursued a management career in transportation equipment becoming Director of Excess Stock at British Leyland Truck and Bus.  He moved to the USA in 1989 and eventually took up a career path in technology, coinciding with the emergence of the World Wide Web.  Mike then became involved in Teleradiology working alongside Kodak, Lucent Technologies and GTE. Currently Mike is still deeply involved in technology, being a specialist in capacity planning and tuning for Java systems and he is becoming ever more involved with Blockchain and peer-to-peer based infrastructure.

In addition to his career path Mike is a composer and musical having been involved in the creation of 11 electronic music albums, Mike also paints with well over 100 paintings located in Los Angeles, New Zealand and Eugene Oregon.  Lastly Mike is a Permaculture Certified Designer and lives on a 5 acre farm in the Eugene area of Oregon. 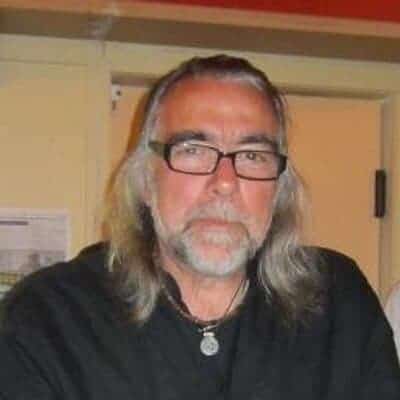 Michaela 0:00
Welcome back to the show. I'm here with Mike Brunt sometimes known as the CF whisperer. And he has been doing cold fusion since version one. And he's an expert at tuning cold fusion web service. And he's done it for many large organizations around the world. And what you may not know about Mike, he's also a music composer, and a musician and a painter, and a permaculture. Gardner, I guess, the right phrases for

Michaela 0:31
he's a world traveler. He grew up in England and being in Los Angeles, New Zealand, now he's in Eugene, Oregon. So welcome, Mike. Yes, thank you. And thanks for George family meal. You know, a low in Britain when you say having me all I mean, she's pulling from the lake, but that's another story. No, no, we won't do too much like pulling, I'm sure. Right. We are going to be talking about cold fusion and the blockchain revolution. So I'm sure many people listening have heard about it coin and various other blockchain projects. But how can we interact with them using cold fusion? And you know, what does that why true that matter to call cold fusion developers and why cold fusion is the best language to do this in

and some of the blockchain projects that Mike is currently working on, we'll talk about as well as using the cold fusion API manager to make things easier for all this. And if we get time we will wrap a bit about blockchain versus the GDPR PR, European approach to privacy. I think he might have some controversial views there, Mike

Michaela 1:41
Um, and we'll also if we have time talk about blockchain evolution and how that compares to the web development evolution that cold fusion was part of back around late 90s or 2000. So let's start off with just in case anyone listening doesn't know what the blockchain is. Can you just succinctly tell us what what is the blockchain yeah

Bitcoin still out there in front even know people criticize criticized it for me to eternity in one way or another. And I'd like to dispel some of those mix too. But so Bitcoin was the first use of blockchain technology. And another another term for blockchain technology, which is probably more accurate nowadays is distributed ledger technology or the LT