In this session, we will be taking a look at built in APIs using ColdBox and Postman. Yes, postman free is awesome at everything from manual to automated end to end API testing. If you think you know Postman, learn how to do BDD style testing, use the console and much more to build and maintain your APIs like never before.

John Farrar started programming in the late 70's on a Commodore PET. He served in the U.S.Navy and then met his wife during his reservist years. This was when the Amiga drove his computer interest for several years. Eventually, he became a web developer and in the later 90's he started using ColdFusion building dynamic websites.

With about twenty years of web development, John has become known for his work with jQuery, Knockout and Vue AJAX libraries. Sustainable and profitable come together when the right technology is applied to the correct challenges. John enjoys focusing on a strategy that will bring impact without getting delayed by over-engineering. 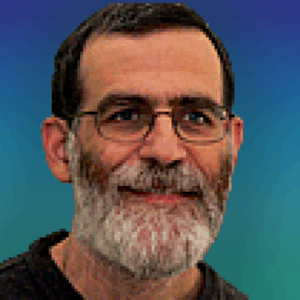 Michaela 0:01
Welcome back to the show today we're looking at agile cold fusion API development using the amazing postman and some behavior Driven Development secrets and co box with john far. And he's going to be talking on this at into the box in a few weeks time and we'll look at why you should be used building API's and cold fusion and why I'm particularly should be using the postman and co box for doing that and we'll look in detail of what cool things you can get with postman either in the free version or the paid version. So actually, you can get a long way with the paid the free version. And we'll also look at agile development and why you should be doing that. So welcome, john. Thank you. Good to be here. And in case you don't know, john has been in the cold fusion community for millennia, I think or possibly 20 years, one or the other two centuries. That was too

you cross the other century. And he's he's been involved with jQuery and knockout and view libraries. And he brought us cold fusion framework, which we'll talk about a little bit later. So first of all, what let's talk about API's, why should people listening be building their APIs using cold fusion?

John Farrar 1:21
Well, one of the reasons as it works, it's a lot of things we do, we jump in, we don't even know if it's going to work. And we find out there, there's all these, ah, I wish I would have known but in particularly when using cold fusion and called box that technologies, they're cold fusion effect has some API stuff in it, or Lucy that both variations, but call box adds a real mature system. And, and when I talk about that, and particular way to you guys, see, if you haven't started messing with it, bots, five should be out for the show. And it has some nice enhancements along the API line.