One day a company much like yours -let’s call them “The Company”- called us to get our help with a serious problem. Someone had hacked into to their ColdFusion server and encrypted all of their important data files. Subsequently, The Company received an email asking for $100,000 to decrypt these files. The Company had been both hacked and “datanapped”.

Could this happen to your company? 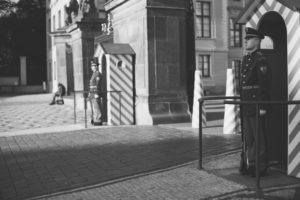 How Secure is Your ColdFusion Server?

These are some of the problems you can experience with an insecure ColdFusion server:

Now let’s find out some background from The Company and see if we can gain some insight into the problem.

A Short Look at The Company’s ColdFusion Security Issues

When we arrived at The Company, it was chaos. People were scrambling and unsure of how to handle the situation.

We set up our team and accessed their server. One of the first things we noticed is that regular interval maintenance had not been completed.  Tasks such as applying security patches and updates were still needing to be done.

The hackers had infiltrated most of the areas of the ColdFusion server.  They had been inside the system for over six months! Many of the server’s systems were affected including the central database.

In addition, the hackers had been using The Company’s CF server to send out an enormous amount of SPAM. In fact, that spam is how The Company finally noticed they had been hacked because it was slowing down the server performance greatly. The hacker’s presence also affected The Company’s email deliverability due to their SMTP server being blacklisted.

What Were the Main Issues Uncovered in the ColdFusion Security Audit? 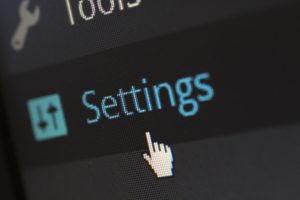 As part of the initial security audit, we looked at the following issues:

After audit, we recognized that we had to do something about the files that had been datanapped and repairing the affected systems. A quick check revealed that they had been doing regular backups. Instead of paying the hackers, an older backup of the files was applied to the system after all traces of the hackers’ presence was gone.

Upon finishing repairs, we turned our sights to preventing this event from ever happening again. We looked at a sample of code for security holes and made recommendations for future prevention best practices. Our team recommended continuing server backups and implementing a scheduled plan for future updates and security patches.

As Pete Freitag says in episode 020 of the ColdFusion Alive Podcast, “Secrets of High-Security ColdFusion Code”:

“Why should someone even care about the security in their ColdFusion code? It's something that's a very important topic. If you've got security vulnerabilities within your code base–eventually at some point if you don't address them– you might find out the hard way; which is a really horrible thing to have to go through. Having somebody hack your server and all the potential things that they might be able to do.

It could be deleting important assets that are difficult to recover; corrupted databases that might be very difficult to restore back to a reasonable state. There's just all sorts of things that an attacker could potentially do to your applications, and they can really be a costly problem for you to recover from.”

Should Other Security Issues be Explored?

One of the ways the hackers gained access to The Company’s database was through SQL Injection. SQL Injection is the placement of malicious code in SQL statements. This is one of the most common issues our clients have reported to us here at TeraTech and to others. David Epler touches on this in his webinar, “ColdFusion Security and Web Hacking Tools”.

Consider the story of Lauri Love, a British hacker who infiltrated many U.S. government ColdFusion servers using SQL Injection.  This can give you an idea of how widespread the use of SQL Injection is by hackers.

Your ColdFusion servers can be protected by using CFQueryParam in SQL queries and remaining vigilant!

Wrapping Up and Going Forward with ColdFusion Security

Just like we told The Company, there are ways you can learn best practices and troubleshooting for your ColdFusion server. Charlie Arehart’s  “ColdFusion Troubleshooting Blog” is a great resource to do just that.

After solving the issues at The Company, we were able to set them up on a plan to success. This plan included CFML best practices for security and regular maintenance/updates of their ColdFusion server. Their server is now secure.

Don’t let the same thing happen to your company.  Follow the advice above and learn from The Company’s unfortunate situation.

Your ColdFusion server security and business depend on it!