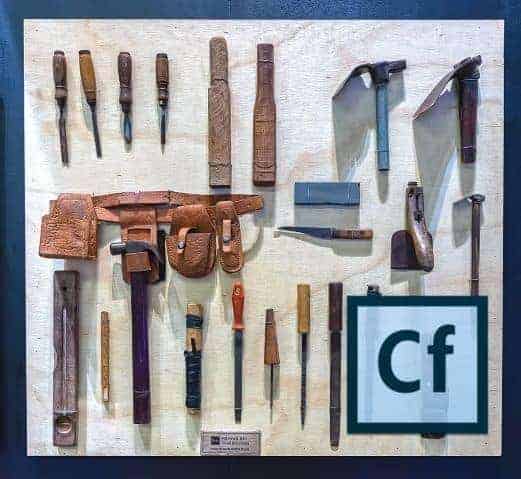 “There must be an easier way to do this!”

Unless they’re using ColdFusion, which features tools created by Adobe to solve developers’ most common problems.

ColdFusion has many digital gadgets in its arsenal, which can make your life as a developer much easier.

In this article, you will learn about five development tools already baked into CF:

Let’s see how each one makes life easier.

Consider this the lifeblood of Adobe’s development platform, and the source of all its innovations. Also known as CFML, it comes with many built-in shortcuts.

Some studies have shown it takes around 10 lines of Java code to match three lines of CFML. Imagine those efficiencies multiplied over the thousands upon thousands of lines of code in your average app. What does that mean? ColdFusion Markup Language is designed around RAD, or “Rapid Application Development,” to help turn your team’s ideas into a reality — so they can go back to creating more ideas.

CFML also has CFScript, letting you use syntax similar to JavaScript to create various elements, including:

Put together, these CFML advantages put you and your developers well ahead of any competition using other programming languages.

ColdFusion enjoys one significant advantage over its competition: Adobe’s crack team of security experts that continuously refine the development platform to defend against new hacks or vulnerabilities.

Adobe’s so efficient and on top of security, ColdFusion consistently ranks among the most-secure development platforms on CVE Details, a site that tracks vulnerabilities and patches across several languages and platforms.

Besides ColdFusion’s dedicated security team, the platform comes with a built-in tool to give your code a thorough check before it’s released “into the wild.”

It’s called Security Code Analyzer. This tool scans your code, looking for vulnerabilities. Consider it a second set of eyes for developers who aren’t as security-minded. Or, frankly, some developers are busy enough that they can’t monitor everything.

If ColdFusion’s built-in tools and dedicated security team are not enough, the CF world’s been blessed with a security guru called Pete Freitag.

Pete, a friend of TeraTech, has built a trio of third-party tools which, if used in tandem, will keep your code as secure as Fort Knox.

These tools, made by Pete’s company Foundeo, include:

ColdFusion Components are shortcuts for multiple objects or related functions. I’ve often likened them to keeping a 3D printer in your garage. You’re ready to create bespoke tools and fixes on the fly.

Components can neatly bundle entities, like for example “clients,” making programming with an otherwise-unwieldy group much easier. It can also perform similar efficiencies all across your app.

They can be deployed onto a single item and reused elsewhere, making them an easy way to shorthand common items in your app’s code.

The best part: they’re portable. Build a component once, then call upon it whenever necessary during the rest of the programming process.

Developers’ jobs were once a long, tedious process. At least until containerization came along.

Ever since containerization tools came along, ColdFusion’s development platform became a joy to use. The bad old days meant the tedious building of new dev, staging or production environments as new CFers joined your team or your cluster scaled.

Containerization blows that process up, yet keeps the resulting components within reach of several developers.

Thanks to containers, developers have become almost spoiled. Efficiency, reliability, portability, and collaboration within a team have all become the norm. Now you can disperse a clone of your development environment across your entire team with a single click.

Containerization makes running CF in the cloud super easy, meaning your team can work on the same project from any machine.

I made the switch years ago and never looked back. Its long list of features includes package management, Command Line Interface (CLI), embedded CFML server, application scaffolding, and many more tools which help boost productivity.

Integrated Development Environments, or IDEs, let developers work in a single program, combining a full shed of tools into a single place. It’s the tech equivalent of a well-designed office, which maximizes not only focus and concentration, but also collaboration.

IDEs also merges code editors, automation tools, and debuggers, among others to create a comprehensive development program. Some even include code completion, similar to the predictive text you’d find in your smartphone, saving your developers precious keystrokes and time.

Best of all, there are nifty developer-friendly tools such as version control systems, compilers, and interpreters.

Perhaps the best of these Integrated Development Environments is CFBuilder, made by Adobe itself. It’s the flagship IDE for ColdFusion.

Developers also use Visual Studio or Sublime, text editors that work cross-platform and include a few other benefits.

ColdFusion development tools can help with nearly every facet of development and app maintenance. From efficiency to speed, finding the right balance of tools can change the way your team codes forever, while keeping your company innovating ahead of the competition.