Brad Wood talks about “How is CFML speed vs other languages? (Hint: really fast!)” in this episode of ColdFusion Alive Podcast with host Michaela Light.

“…It is freaking awesome to see CFML (both Lucee and Adobe) blowing the pants off other popular web frameworks. I think this sort of head-to-head comparison is great information to use when defending CFML as a battle-tested production server…”

Other ways to compare programming languages

What are the TechEmpower performance benchmarks that you used in your testing?

What languages did you compare?

How did CFML perform?

Let me be the first to say Brad’s filters are pretty arbitrary. CFML does better on more complex pages with more queries than other languages. That’s because it’s got a little more overhead for a simple Hello World request (we’re talking ms here) but it’s JVM concurrency and datasource connection pooling really shine on a more complex test. As such, the link and screenshot above is for the “Data Updates” test 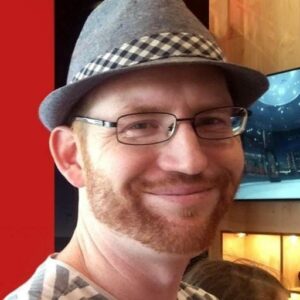 Brad grew up in southern Missouri and after high school majored in Computer Science with a music minor at MidAmerica Nazarene University (Olathe, KS). Today he lives in Kansas City with his wife and three girls. Brad enjoys all sorts of international food and the great outdoors. Brad has been programming ColdFusion since around 2002 and has used every version of CF since 4.5. He is a software engineer at Ortus Solutions, lead developer of CommandBox CLI, and open source contributor.

Michaela Light 0:02
Welcome back to the show everyone. I'm here with the famous Brad wood of command box lineage. But we're gonna be talking today about programming language speed, because Brad ran a very interesting set of speed tests on a public site, which we're going to look into. And I'm gonna get let the cat out of the bag. ColdFusion did really, really well in the speed comparisons to other languages. But we'll go into the details of that later. If you don't know Brad, not only did he create command box and he's like one of the ninjas autists solutions, but he lives in Kansas on the Kansas City in the Kansas side, not the Missouri side even though he grew up in Missouri, you kind of trade sides. I think

Michaela Light 0:50
Ah, there you go. And he's been programming cold fusion for 20 years now. So you get the special award for that.