“Unit tests are typically testing the logic within a particular method or group of methods and not anything else that those methods are and that includes external dependencies such as a database. So what we do is we write integration tests which are structured much like unit test to test those external dependencies to make sure that the code that you have that's making those calls out actually work correctly without error and then you can even in the case of database calls insert records into it in order to do your unit tests against let's say, read function to make sure that it's coming back correctly so it's doing what you intended it to do.” – Ed Bartam

Topic: Assert Control Over Your Legacy Applications with TestBox

Target Audience This talk is aimed at developers who work in environments having little to no code coverage with unit tests.

Description Developers are more confident making changes to code when it is covered by tests. Tests can be run as part of a business' deployment process improving overall quality. When starting a new “green field” project, this can be accomplished using Test Driven Development (TDD) which prescribes writing tests and then writing code to make those tests pass. But what if we already have a code base written with little or no tests? How do we improve our code coverage then? In this talk I will show you how to install TestBox quickly in your existing environment and how to get started writing tests improving the quality of your code and the dependability of your application. You will learn what tests to write, how to name them, how to write them, and when to write them. Attendees will be able to return to their office and immediately begin writing tests covering their legacy code, improving quality and reliability of their application.

Ed has been a ColdFusion developer since 2000, first using version 4.5. He is currently co-manager of the Chicagoland CFUG and previously co-managed the Nebraska CFUG in Omaha. While he has not spoken at a conference before, he has given several presentations to both groups. Ed has been a regular attendee of many conferences over the years including Devcon, Max, bFusion, CFObjective, Into the Box, and CF Summit. When he's not slinging code he likes to camp, hike, and work on his 1973 VW Beetle. 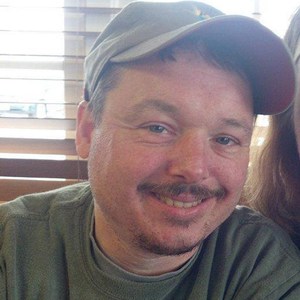 Michaela:        Welcome back to the show and today we're going to assert control over you'll legacy ColdFusion applications out with a TestBox Quixtar and I'm here with Ed Bartram. And we're going to look at what is unit testing what is TestBox, what is he think a legacy application is anyway.  We might delve a little bit ancestor of development. I'd look at how to install TextBox quickly and we'll look at issues of Cold coverage and what tests to write and all kinds of other best practices and tips and Ed is talking about this at Into The Box which is in less than a month's time our record date.

And just in case you don't know Ed, he's been developing in ColdFusion since the beginning of the McNally, since the year 2000 that say it that way when ColdFusion was backing version 4.5 and he's the Co- Manager of the Chicagoland CFUG and previously the manager of Nebraska CFUG, so he's got like lots of accolades for CFUG work in the ColdFusion community and he's also been to many ColdFusion conferences so, too many to name I would say. He is an owner, a proud owner of a 1973 Volkswagen Beetle. Probably runs on ColdFusion I'm guessing but, so welcome Ed.

Michaela:        So let's just start off, what exactly do you define as a unit tests?

Ed:                  Well, unit test basically test the unit. So unit is a small piece of code it could be a single message or function or even a group of message or functions depending on how you want to generate the tests. But units test will tests that unit of code and it will test all branches of logic to make sure that it works well and that it does what it's intended to do.