The world of software development is ever-changing. It’s only a matter of time before current code becomes legacy which eventually becomes obsolete. The number one way to counteract this growth is to actually modernize alongside. Modernization not only keeps you current but allows for you to utilize better technologies. Adobe ColdFusion alone has been through many changes over the years, mostly for good. In Nolan Erck’s upcoming session at the 2018 CF Summit in Las Vegas, he will present to intermediate and veteran CF’ers practical applications past CFML theory. Let’s talk about the importance of modernization from a CIO standpoint and some real-world applications for modern CFML. 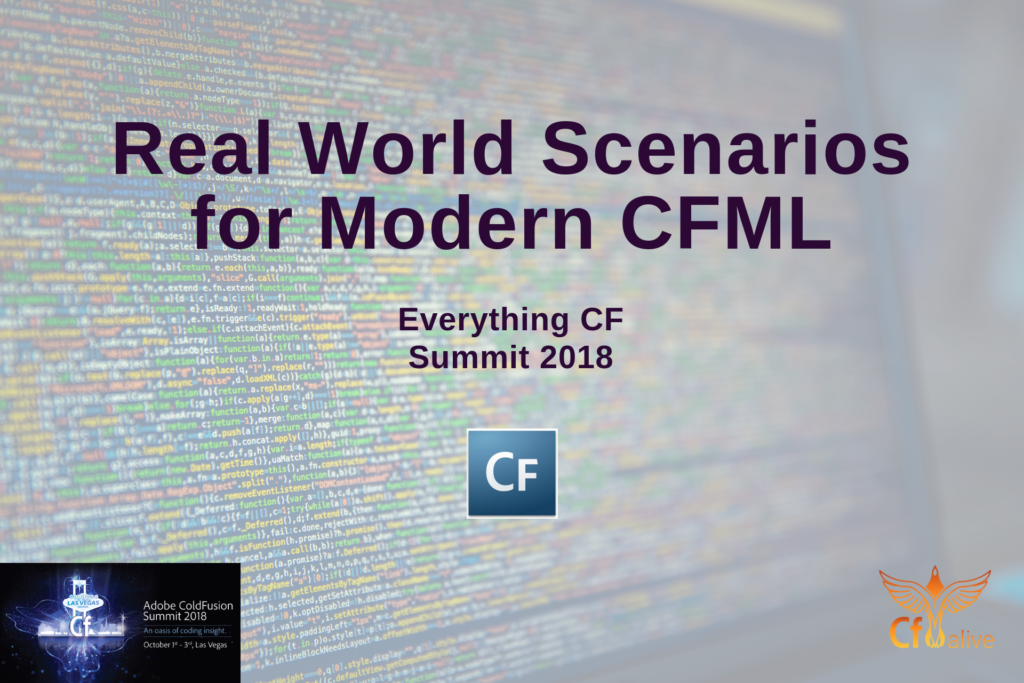 “CFML has become a completely modern language. I'm proud to use CF because it is a great language. It has its quirks but hey, show me a language that doesn’t.”- Mark Drew, Director at CMD 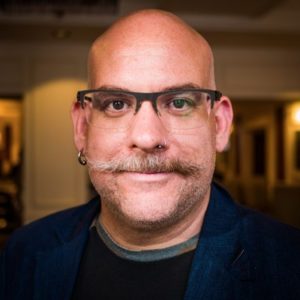 From CF Alive episode, “035 Getting started fast with Docker, with Mark Drew“

To explain IT modernization, you need to understand what IT modernization is not. Modernization is not a destination. It is not an achievable concrete goal. IT modernization is a never-ending journey. Does that mean you shouldn’t take the first step though? Hell no. Software and IT technologies will not slow down for you or your business. Do not slow down for them.  Modernization is more than just updating your servers and versions– although those are important to do. It involves changes in your technologies, employees, processes, talents, and strategies. There are many reasons why companies don’t modernize. Lack of resources. The time required for new training. Yet, the number one reason CIOs and companies don’t modernize is fear of change. Most people, in general, choose to stay in their comfort zones. Learning something new without knowing the benefits can be off-putting. Conferences, such as the 2018 CF Summit or CF Camp in Munich, are great opportunities to learn more about the modernization journey you intend to take with your CFML.

Why modernize in the first place? It’s simple. Modernization will help your business. Plain and simple. One of the first processes to modernization is to the cloud. Not just one cloud either. Studies have shown that smoother operation and deployments of your IT demands come from a hybrid cloud. This hybrid cloud can be made up of multiple public clouds, a private cloud, and possibly a legacy cloud comprised of a company’s legacy estate. This not only allows for smooth operations but also cuts down the cost of maintaining and operating private servers– both legacy and modern. Aside from cloud computing, Agile methodologies and DevOps are helping modern companies to pick up the pace of their IT change. CIO.com explains DevOps as such:

“DevOps uses cross-functional teams aligned by business services. The teams are responsible for the entire stack that was delivered in shared services. They are persistent teams, staying with the firm throughout its transformation journey, rather than moving on to other projects. DevOps teams are also located in close proximity with the business teams to enhance collaboration and increase speed. Unlike shared services units, which focus on low costs per function, DevOps focuses on business impact at speed. Consequently, as companies take the DevOps journey, they use dramatically fewer resources to deliver services.”

Fewer resources with better faster results? It’s clear to see why these processes are important.

So, where would you even begin to start modernizing? Check out these tips to embark on your journey to modernization.

“…nobody is going to come work for procedural programming. I mean nobody. No wonder nobody wants to go do ColdFusion because they don’t want to be working with procedural code. So if corporations don’t do this, ColdFusion will not be alive anymore. So the corporations really need to modernize. That’s the first thing.” – Luis Majano, President of Ortus Solutions

From CF Alive episode, “012 Extreme Testing and Slaying the Dragons of ORM with Luis Majano“

In this Tech Talk, let’s take a look at three areas of modern CFML.

Although not very widespread in the CF Community as of now, we can see these closures take form in functions such as arrayMap() and  arrayFilter(). Other examples of closures include the latest version of FW/1 and TestBox. FW/1 uses closures to provide a “builder” style syntax for developing REST API results. TestBox uses closures rather extensively when performing their BDD tests– be sure to catch up on BDD tests with Uma Ghotikar.

This table from Adobe highlights the scope of variously defined closures in ColdFusion.

ColdFusion has seen its fair share of smooth operators, conditional and binary that is. (Or its Development Community, *wink wink*) Let’s take a look at the evolution of operators through ColdFusion.

Along with the release of ColdFusion 9 came the ternary operator. The Ternary Operator is a decision-making operator that requires three operands.

These three components are combined using a question mark (?) and colon (:).

This operator was great when it was released. It was often used to conditionally transform or default method arguments. Ben Nadal once claimed that the ternary operator is everything that the IIF() method call wanted to be. The way the operator worked was by evaluating the condition given. If it was false, the false statement would be executed. Vice versa if the condition was true.

The ternary operator came with a downside though. Although its shorthand notation was much easier to write, it was also much harder to read.

In ColdFusion 11 or Splendor, the Elvis Operator debuted.  The Elvis operator is a binary operator and was introduced in a ?: format. It strove to shorten your conditional code and make it more elegant. The main purpose of the Elvis operator in ColdFusion is to assign the right default for a variable or an expression. In an expression, if the resultant value is not defined, then the object will be assigned to the leftmost part of the expression otherwise a default value (define at the rightmost part) will be assigned.

In the above example, if getEmployeeName(ID) does not return any value, the value “Joe” will be assigned to the employeeName variable.

You can also use this operator for Struct:

The question mark operator along with the dot operator make up the safe navigator operator. It makes sure that your previously used variable is not defined or java null. Instead of posting an error, the function returns undefined for that particular access. The great thing about the safe navigation operator is that it can be used at all levels. Even if a single element in a string does not exist, the access will return as undefined. It can be used for both function calls or function and struct access combined. You can also use it in conjunction with the Elvis operator. The safe navigation operator can really help developers process their code with agility and better performance.

These results can be then cached and execute stored procedures. Remember, when using Cfquery tags, use them in conjunction with Cfqueryparam to help secure your databases from SQL injection.

These are just a few modern tools that you can take advantage of when using CFML and Adobe ColdFusion. Remember, modernization is not here to give you aches and pains. It is here to help. Update your platform –if need be– and join modern CFML today! 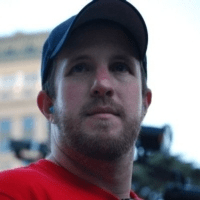 About the Speaker: Nolan Erck has been a software developer for the past 12 years. Starting in the multi-billion dollar video game industry, he was credited with both Maxis and LucasArts. Currently, Nolan manages the SacInteractive Group and South of Shasta Consulting.