In the world of software version control, there are many passionate and differing opinions. Some developers and leaders are adamant about the use of version control software, but others seem to care little of the safety and continuity of their ColdFusion applications. Entire comment sections of blog posts have been turned into heated discussions over the subject of “Use or Not?” 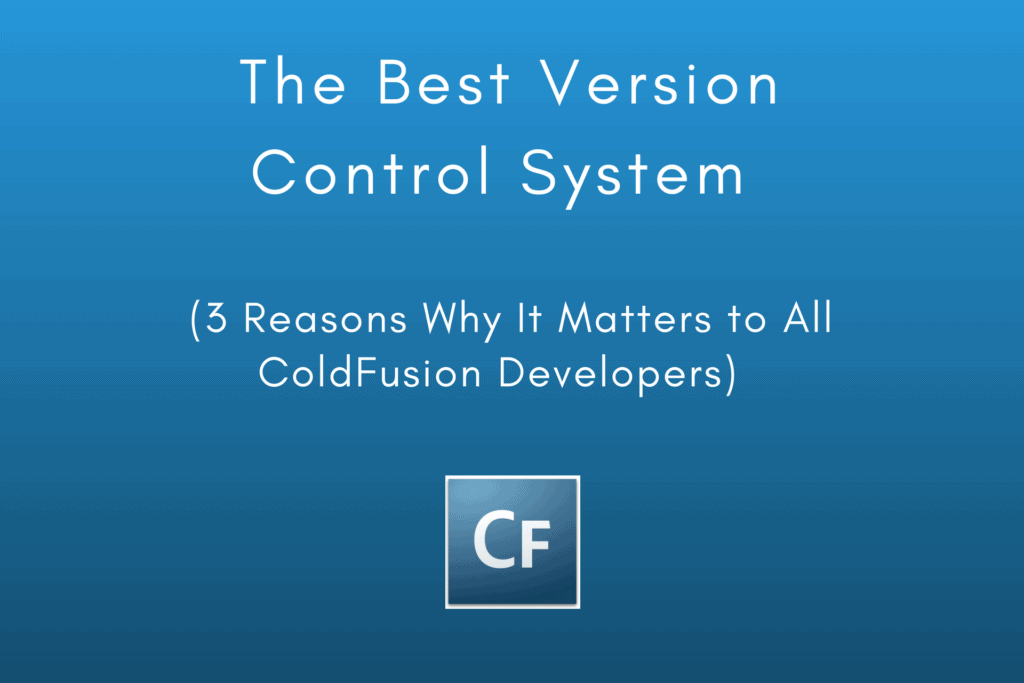 I will explain the importance of using version control software, tell you why it matters to ColdFusion developers, and give you a peek into some of the best solutions on the market.

Why I Suggest Git for Version Control

Although there are a few version control software packages available, Git always lands at the top of most CIO and developers lists. Here’s why:

What is Version Control?

I found this definition on MikeMcQuaid.com:

“Version control is the ability to manage the change and configuration of an application. Versioning is a priceless process, especially when you have multiple developers working on a single application, because it allows them to easily share files. Without version control, developers will eventually step on each other’s toes and overwrite code changes that someone else may have completed without even realizing it. Using these systems allows you to check files out for modifications, then, during check-in, if the files have been changed by another user, you will be alerted and allowed to merge them.”

Why Version Control Should Matter

In the passionate words of Adam Cameron:

While the words may sound a little harsh, the idea is solid. Use of version control is very important.

3 Reasons Why Version Control Should Matter to ColdFusion Developers

In the case of ColdFusion developers, anything that will save time, money, or improve quality will be beneficial.

These are just a few of the reasons that highlight the importance of always using an SCM system.

As I’ve said before, the standard for me is Git, which I believe is one of the best SCM systems available. Why? There are many reasons –all discussed on the Git about page— but a few reasons are:

Some of the other offshoots of Git include Git-Hub and BitBucket from Atlassian.

Runners Up in the Version Control Race

There are a couple of SCM systems that are worth mentioning here.

When looking at SCM systems, there are many factors to determine which system is best for you.

I think we all can agree that version control software is necessary for a modern ColdFusion development project. When you commit to using resources to create an application, you should make sure your work is safe and secure. Also, determining your workflow is mapped out so there are no errors is monumental to prevent disasters from happening to your code.

The old way of copying folders to another drive or creating zip files is irrelevant when you have so many free SCM systems available. They are so easy to use that there should be no excuse to fail to protect your work.

Do the right thing and protect your investment of time and money!

Do you have any recommendations on SCM systems? Comment below and tell us how you handle your version control needs. As always, great advice is always appreciated!